Free Shipping ON ORDERS OVER $599* 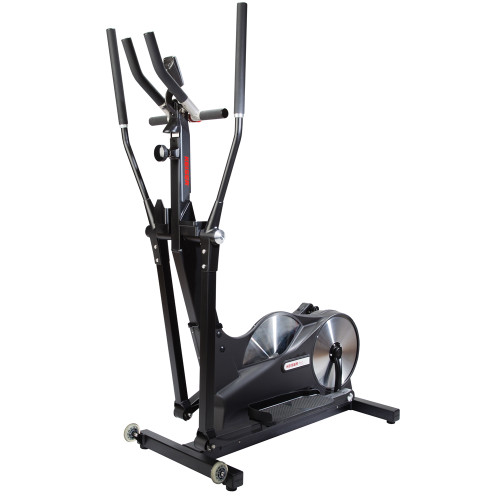 Hover over image to zoom

“Whether at the gym or at home, the Keiser M5i Strider is sure to take your workout a step ahead.”

With the success of the Keiser M3i Indoor Cycle and the creation of new programming for elliptical trainers, demand soon developed for a unique piece of Keiser cardiovascular equipment. Our solution: the Keiser M5i Strider, an elliptical machine designed to offer an effective group training option, while still offering the same unique benefits that made the M3i a success. Because the M5i Strider is easy to use, small and portable, it is designed for group elliptical training, one of the newest and hottest trends in the industry today. Group elliptical classes are becoming increasingly popular in Europe and with our new M5i Striding program we make this fun and effective fitness movement available to all.

Get the Full Body Workout:

Maximize the Bluetooth potential of your new M3i with the new M Series Converter! This device converts the Bluetooth Smart signal of our M3i into the Power Profile used by apps normally reserved for indoor trainers. You'll have access to the most popular apps for indoor cyclists like Zwift, The Sufferfest, BKOOL and many others.

The M Series Converter connects Keiser’s M3i and M5i Bluetooth Smart technology into standard Power Profile data for use with apps designed for indoor trainers. This provides additional multi-level applications and exercise programs that mimic the feel and intensity of road cycling.

The M Series Converter converts Keiser's Bluetooth data into the Power profile format used by road bike trainers. This provides additional multi-level applications and exercise programs that mimic the feel and intensity of road cycling. Cycle apps like Zwift, Sufferfest and PainCave are used primarily by those who work out from home since they don’t require further software customization.

The converter itself is a small device the size of a Polar H7 heart rate monitor. It attaches to the backside of the media holder and runs on a coin cell battery. The battery lasts approximately 3 months.

The converter turns on when it detects any motion on the bike. It will start scanning for bikes and pair with the first bike it finds. So when you insert the batteries for the first time, make sure you’re ready to ride. Once paired, it will maintain the connection to that bike until you’re done exercising and the bike’s computer shuts off.

To start the device again, double tap the device. It will automatically search and connect to the bike it was first paired with. To pair the device with another bike, simply open the device and pull out the batteries to reset the connection. Proceed with starting the pairing process again with the new bike.

THE M SERIES CONVERTER COMES WITH

What you'll get in the box

This product hasn't received any reviews yet. Be the first to review this product!

All prices are in USD.